The system is very simple: After the substrate preparation (shot blasting or water jets) of the concrete bridge deck, a first layer of 0,5kg/m² epoxy primer with a consumption rate of 0,5kg/m² is applied. This layer is broadcasted with 1kg/m² natural quartz (ca. Ø 0,7 – 1,2 mm). The next day a second layer of epoxy primer with a consumption rate of 0,6kg/m² is applied onto the previous layer. After the second layer is applied we have to wait again min. 12 hours before they can start with the application of the bituminous felt onto the primed surface. A very important point is that during the application of the epoxy primer is that the ambient, substrate and material temperature must be not less than 15°C. Also after each application step of the epoxy primer the area has to be protected for at least 24 hours against rain. If during the first 24hours water comes onto the primed area the result can be that the primer stays tacky which will have a negative impact to the adhesion of the bituminous felt later. This means that the weather conditions can provoke rather big delays of the waterproofing works on a bridge deck.

This is a low viscous 2 component reactive resin based on methyl methacrylate (MMA). The product is intended for use as a primer/sealer under asphalt or bitumen waterproofing. It has excellent bond to concrete and metal substrates and also provides a good bond for following waterproofing systems.

The complete primer/sealer system consists of two coats.
The first coat is applied by squeegee and back rolled at a rate of 0,5kg/m² and while still fresh broadcast with natural quartz size 0,7 – 1,2mm at approx. 1 kg/m². A second layer is than applied by roller at a rate of 0,4 – 0,6 kg/m² and allowed to cure. Please find some photos taken during the application of the system.

Application of the first layer of MMA Primer including broadcasting: 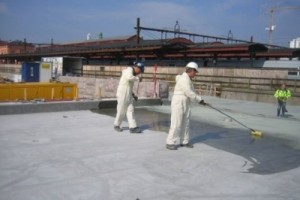 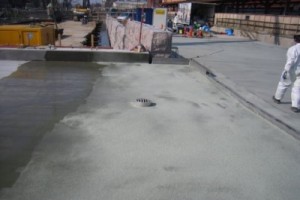 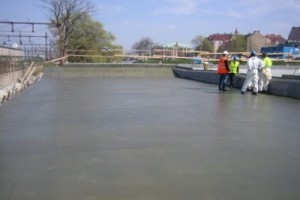 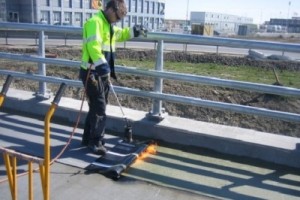 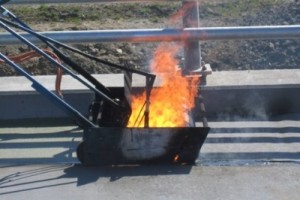 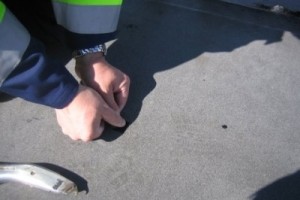 The key benefit summary of the product can be seen as follow:

We use cookies to ensure that we give you the best experience on our website. If you continue to use this site we will assume that you are happy with it.OkVezi detalii